The Service of Private John Threadgill

John Threadgill was twenty-four years old when he was enlisted as a Private into the American Revolutionary War.  He joined Captain Richard Kidder Meade’s 6th Company, which was part of Colonel William Woodford’s 2nd Virginia Regiment.

Captain Meade’s Company was raised in October 1775 in the Southampton District, which was near John’s home in Brunswick County.  John was one of 476 privates originally enlisted into the 2nd Virginia Regiment.  He was enlisted to serve for one year.

John was born in 1750 somewhere around Brunswick and Sussex, Virginia. His father, who was also named John, had been one of the English Threadgill family members to migrate to the colony of Virginia.  The Threadgill family was originally from the Northumberland area of England.  John’s great-grandfather had been a famous clockmaker in England.

The Battle of Great Bridge

John’s service to his country was early in the war and was in what was known as the “Virginia line”.  By John’s account, he participated in the Battle of Great Bridge on December 9, 1775.

Colonel Woodford’s regiment, along with a portion of the Culpepper Minute Battalion, fought and won the Battle of Great Bridge in what is now Chesapeake, Virginia.  It was the first Patriot victory of the Revolutionary War and it’s significant because it proved the Patriot soldiers could fight and win against the perceived superior professional British forces.  Colonel William Woodford, reporting on the 2nd Virginia Regiment’s service at the Battle of Great Bridge, wrote in a letter published in Purdie’s Virginia Gazette, December 15, 1775, “This was a second Bunker’s Hill affair, in miniature; with this difference, that we kept our post, and had only one man wounded in the hand.”

Losing the Battle of Great Bridge forced the British Royal Governor of Virginia, Lord Dunmore, to give up the seaport town of Norfolk.   A prosperous town of 6,000, Norfolk was an important port between New York and Charleston.

The Burning of Norfolk 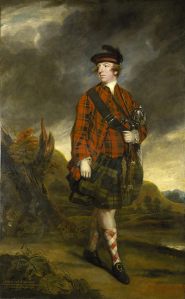 In John’s application for a Revolutionary War soldier’s pension, he mentions that he was also present at the burning of Norfolk.

At the end of December 1775, Governor Dunmore’s forces and supporters had been driven into a fleet of British ships in the Norfolk harbor.  On January 1, 1776, Dunmore began to bombard Norfolk with cannon fire.  Three days later the city had been burned to the ground.

The burning of Norfolk was due as much to the Patriots participation in its destruction as to Dunmore’s shelling of the city.  Norfolk had been a Loyalist stronghold and when Dunmore attacked, the Patriots contributed by burning and looting Loyalists properties.

Lord Dunmore was finally driven out of Virginia in August of 1776.

Declaration of Independence and Discharge

John Threadgill recalled he had been at the “Spring field Camps near Williamsburg, Virginia” at the time of the American Declaration of Independence.

The final military service John describes in his pension application was his participation as part of a guard that conveyed Scottish-Highlander prisoners of war to Cumberland County, North Carolina.

John Threadgill served as part of the early Patriot force that ultimately drove the last royal governor, Lord Dunmore, out of Virginia for good.  John helped prove, along with his fellow soldiers, that the Patriots could fight against the British.

After his discharge, John returned home to Brunswick, married a woman named Mary Cob and started a family.

1775 Map of Southeast Virginia; Great Bridge seen at the top and Norfolk in bottom right

December 9, 1775 – John participated in the Battle of Great Bridge

July 4, 1776 – John was at the Spring field Camp near Williamsburg, Virginia at the time of the American Declaration of Independence

August 1776 – Lord Dunmore, last Royal Governor of Virginia was driven out of Virginia; returned to England

One response to “The Service of Private John Threadgill”